I also found somthing weird. The buffalo on day 6 will not attack and will just run away. Is this something intended?

Yes, this is intended.

I was reading the comments, and i found a pair of them talking about the mouse aim attack intuitivity problem. The issue might be caused by the fact that in the menu the cursor disappears. If you had this trouble comment under this, just to see if i was correct. Also, after replaying the game, i saw a misspell in the tutorial, When you teach to hunt and not to stand too close. I am really sorry for bothring you, thank you for your attention and have a nice day. 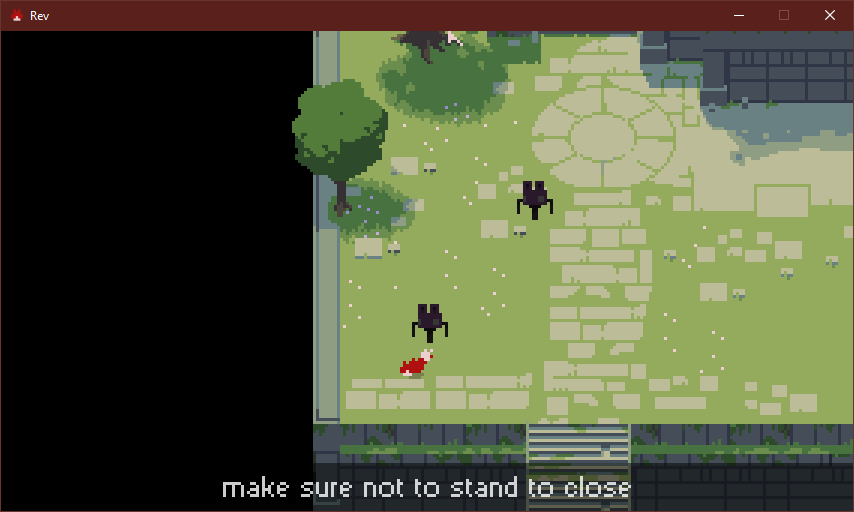 Hey! I noticed this a while ago but why are some rabbits on day 5 green and the others red?

Have you thought on doing a sandbox mode? I'm not a game programmer, so i don't know if it's difficult to do or impossible to do in Gamemaker.

We have been discussing it, and it might happen at a later date. It would be fairly easy on a technical level.

This game is absolutely stunning. The graphics and pixel art are amazing, I love the foxes when they walk and they're hunting/pouncing, It's a game that I'll likely use to help calm me down or when I'm angry and need to "hunt" something. Thank you for creating it!

I did find an issue where around the area in which there's a ton of stairs that go up on the right side of the map, the foxes sometimes get stuck in the very side of it and you have to go "into them" to be able to get them out, which was still somewhat difficult. I would also suggest seeing if you could possibly make it so you don't only play for 4-6 days? Perhaps just an endless game. Maybe you could go up to around 3-4 upgrades in every upgrade slot, meaning you could upgrade speed 3-4 times before you fill it up. Maybe even different coloured foxes? But I understand that Arctic Foxes (white foxes) and others generally come from around the area they're in, and red foxes are the most common in forests.

I very much appreciate this game, and will keep playing it !!! :-)

Wow!! I totally love this game so far! Day four was really really funny (if it was scripted). I guess if I had one suggestion, it would be to have different colored foxes or something like that. Maybe hats? It's really calming, searching for animals, and I get a little rush of excitement hunting animals!

We found some bugs in the stairs, some foxes get stucked after an attack. Can increase the challenge with more phases, another animals and maybe a hunter. The trees cut some visibility at hunting at woods

Thanks for the feedback.

hey i have a good idea! what about some other breed of foxes that also hunt. and you must get the food requiered before the other fox\foxes does. it would be much like the big buffalo on day three exept you can pounce him\them too!

Having some kind of competition/animals hunting you sound like a fun idea. Might happen if we make the game larger.

Very good i like it very much. A a bit short-45 minutes.But even still it is realy good! Im realy glad with the new update. Also with the new update there is a bit of a bug. When you go left or right you cant go down diagonaly. i hope this gets fixed becouse it is annoying.

Have you rebound your controls? Keyboards usually have issues where some keys can't be pressed at the same time. This might unfortunately be an issue on your end.

well i dont seem to have that issue anymore since i reeboted the game. easy fix.

That's great. Also if you think the game is to short you could try to beat your high score. It saves your best time and displays it at the menu. my record is 8 minutes ;) 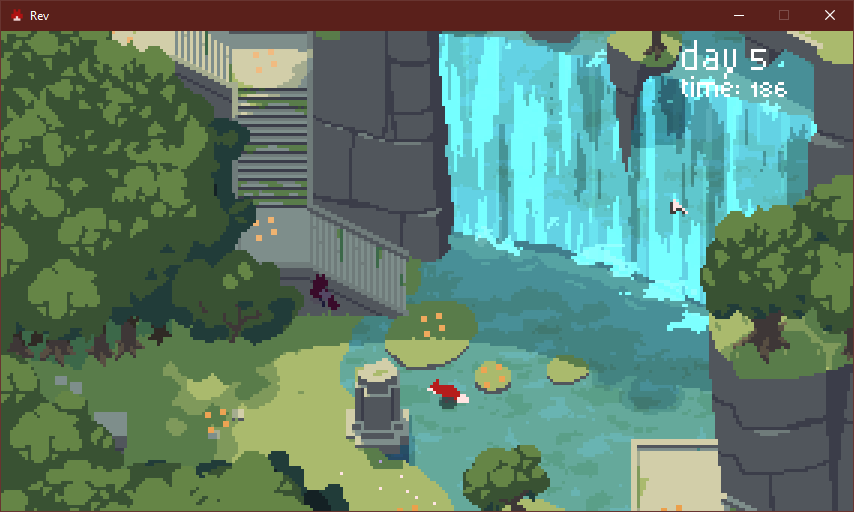 The game is awesome, the commmands are customizable for everything, so a lefthanded like me can change whatever is hard to reach. There is only one little bug, which, if you attack with the full bar (so you have to have a prey in front of you) agains the side of a ladder (the ladder need to be facing left or right), the jump could make you go straight in that space, blocking you in.

Ohno, I didn't know about that. I'll look into fixing it.

Also sometimes i hear a nokia 3310 ringtone. The game is still awesome, the idea is original and the grafics are masterpieces<3

Thanks <3. We fixed the sound and walls, hopefully the game work better now.

Great game. Visually stunning, the foxes are reactive, and the animals are believable - the only flaw I found so far is that the tracks are usually all over the place, and don't indicate a direction to follow (newer or older tracks), so the tracking tool is cool, but gameplay wise kind of useless.

Thanks for the feedback, we'll keep it in mind.

this game is a visual masterpiece

Very nicely done! I finished the game but I suspect I didn't really plumb its depths -- I was mostly running around with my fox with the other two trailing me.  Some comments to help make it even better:

The controls are a bit awkward. I think it would play better with a gamepad and some kind of auto-aim for the pouncing (or even use the second stick to aim).

The footprints were hard to read as the color gradations were too subtle for my eyes.

And personally I wished that the extra foxes had some kind of influenceable AI (e.g., hunt same target as me, block exits, scout map, etc.) rather than direct control since I found this hard and distracting from the tension of the game.

Heh, and of course I noticed that you posted a version with controller support between when I played and posted my comment.  :)

49:33, great concept, I enjoyed the buffalo hunting in the last day (I deployed all foxes across the map and kept changing from one fox to another so I could see areas where I had no foxes)

It would be great if AI foxes could just stand without attacking (its hard to be changing foxes in order to keep the bufalo within a certain area).

Also, I found no correlation between foot prints and prey location (probably I just didn't know how to read them properly) but what about some scent mechanic, similar to the one in twilight princess

Thank you so much. We've just released a version of the game where tracking has become easier, as well as an extra tutorial on day 1. Hope that helps.

Awesome job on your game! It might have been just pure bad luck for me, but the game did give me an error after killing a baby bull. After the error, the game kicked me out and I had to close the window. The save was intact though. Just wanted to let you know. Once again, this game was really cool! (:

Thank you. Are you playing the newest version of the game? I thought that issue was taken care off.

Is 1.0.1 the newest version? That is the version I was using. In my version, I could change the controls.

yes that is the newest version. Seems like issue is still there. We'll look at it.

Downloading it now, planning on streaming it soon on my Twitch Channel. I'll keep you posted when I do.. love what I see so far though.

It's adorable and fun, great work!

This was surprisingly really good and very addicting to play and finish, plus I love graphics. It makes it pop out a lot. I happened to make a video on it for the creator of the game to see player reaction. The video has 3 games in it and this game is the second.

I like Game maker studio games but this is incomprehensible

I'm so sorry. what do you have issue understanding?

how does the tracking work?

What do you mean?

Stand still for a little while to see footprints. The redder the footprints are, the closer you are to your prey

Cannot figure out how to run gam

Reply
Legends Of Dogs2 years ago

I received this error after killing the baby buffalo on day 3:

I got that too.

I got that buffalo at the nick of time. Good work man

Holy shit that was amazing. so clutch!

I hate this f*cking buffalo! But i like the game.

That sounds very strange. We'll look into it.

can how donate for magnific game?

Thank you so much. You can donate to the game via paypal or kofi.

I love the art design, followed.

Running with left shift feels pretty normal to me

Yeah, your hand get used to it eventually. Initially I felt a bit cramped.

Yeah sorry about that. I'm already used to pressing the shift-key while playing video games. I didn't consider how strange it would be for first timers.

This looks SO GOOD. Any chance for a Linux build?

Congrats on the beautiful game :3 I would suggest modifying the attack function to have the mouse click on the target so that attack movement is more intuitive but again it's just an idea. Otherwise love the game and the look and feel are gorgeous.

Thank you. We'l put it in consideration.

This game looks absolutely gorgeous. I can only used the charged attack right though regardless of where I'm facing (when using spacebar to charge).

Thank you. You attack in the same direction as the mouse. Sorry if that was a bit unintuitive.

Oh I understand, Thank you for the clarification.

The game requires a large amount of buttons, So i don't think that will happen.